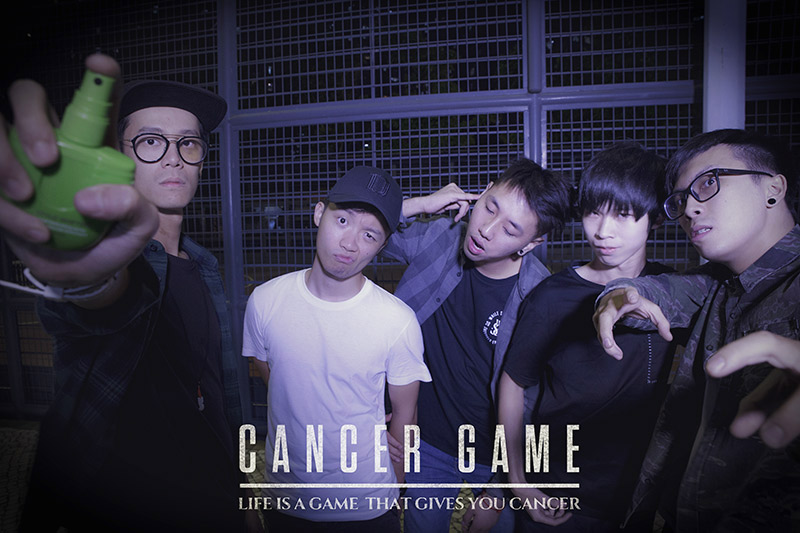 Cancer Game was established in the summer of 2016. Originally, guitarist Dash, Brian and bass guitarist, Howard create music as three after their original band stopped, then drummer Sunny and lead singer Chester joined in to form the current Cancer Game. Based on Melodic Hardcore, Metalcore and Hardcore, Cancer Game established its own simple and straightforward style in a variety of reorganizing styles. In the early summer of 2017, the band released its first single “ONE”, which became known to people in Macau, Hong Kong and Guangdong. The song was also broadcast by overseas radio, Short.Fast.Loud. In 2018, the Cancer Game will continue to develop with the first EP launched.