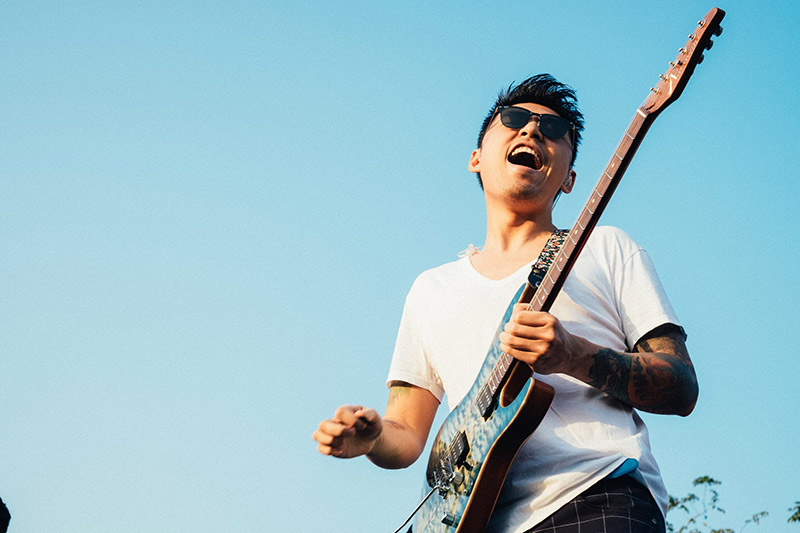 A Hong Kong-based rock and blues musician and composer, is a session and touring guitarist who has worked for many well-known artists and singers in Hong Kong and China. Jason started his career as a sideman at the age of 23, and has played countless shows at the Hong Kong Coliseum. He recently finished a two-year world tour as lead guitarist for Eason Chan, the legendary Hong Kong singer. Jason’s debut album, 'Absence of Words' (2017), features diverse sounds – modern metal, hard rock, funk and ballad – while integrating rock lead techniques and compelling melodies throughout. The album was sold out in 2 days with only social media marketing and a strong word of mouth in the online guitar world.