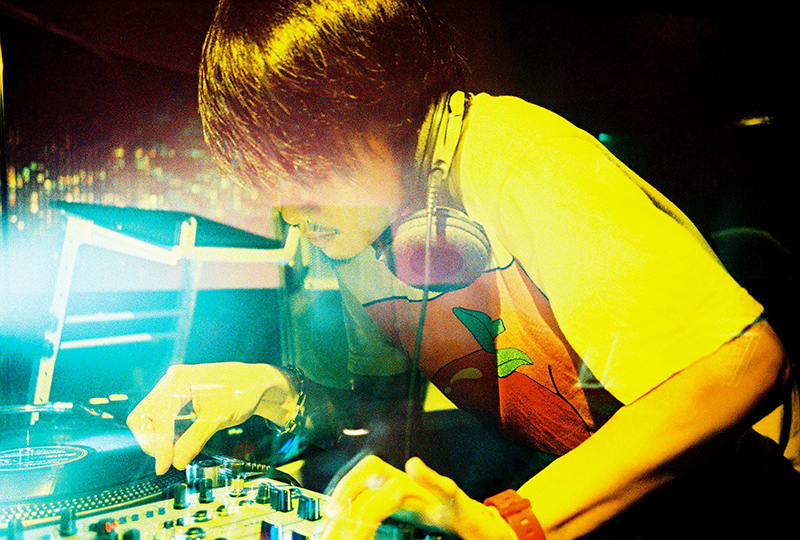 In the 90s, Lobo Ip started as a music program host and produced electronic music on Macau Radio, actively promoting foreign music culture. After that, he began to study "DJ Mixing" technique, mastered Drum & Bass, Breaks, Hip Hop, Nu-Jazz, Downtempo, house and other music mixing skills. He has more than 10 years of live DJ performance experience and is active in Hong Kong and Macau. Frequently performed as DJ at the Macau City Fringe Festival and even performed in Japan in 2013. In 2000, he transformed into "no.69" and launched the album "P.1C <1st term>". The album was also selected by Hong Kong's music magazine "Music Colony" as one of the best 20 albums of the year for China, Hong Kong and Taiwan. Entering the 20th century, Lobo not only immersed himself in the work of musicians, but also established the only independent indie label in Macao - "4daz-le". The label has launched 12 albums for "no.69", "i.Z.", "eu sou", "dr.", "evade", "Burnie", "Sonia", "Aki", "Sinking Summer" and "Mowave". In 2012, he joined the “evade” and became their guest musician. He has performed with the team in Guangzhou, Hong Kong, Osaka and Kyoto.