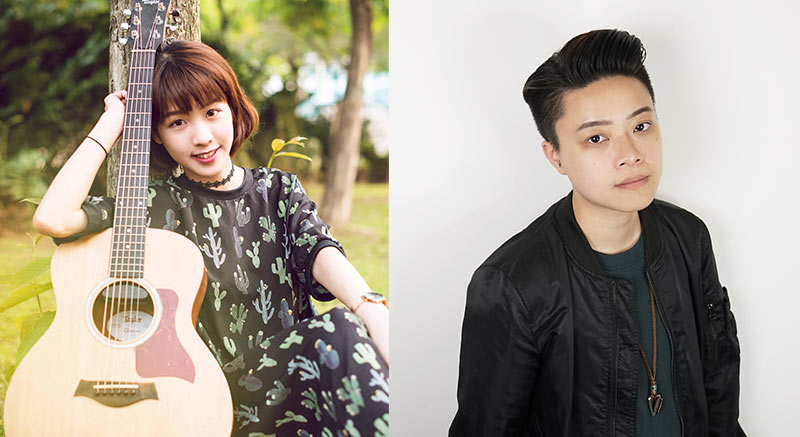 Rachel is a new generation singer-songwriter who likes to play with guitar around Macau. She began her songwriting at the university. Her work "Lonely Planet" and "Star Companion" written for autism patient won the "Favourite Song Award" in TDM Music Competition. In 2017, she launched her first personal album "04:30" and starred in a local music theater. Some of her familiar works have repeatedly been used for Manner short videos. She was as well the vocal for some of Manners' rearranged songs. Among them, the "Lonely Mind" cover version has received more than 1 million viewings in a single month. In recent years, Rachel been actively performing in various institutions and events.

Judas Law is a Hong Kong busker, she always performs on street with guitar and earns passerby applause. She sings well of pop music which aroused media attention. Her voices are shared on Facebook and Instagram, and attracted a total of over 45,000 followers.